skip to main | skip to sidebar

Broad City is some of the super awesome 'girl humor' referred to in a previous post.  It was created by UCB Theatre alums Abbi Jacobson and Ilana Glazer. 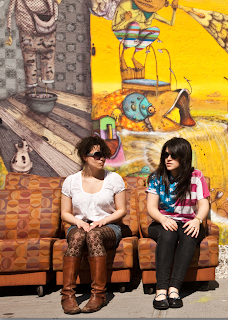 These two girls aren't afraid to go there comedically.  Puke's definitely not off limits.  But instead of gross out potty humor that borders on offensive, they handle it in relatable situations.  Modern misadventures meets digital snacking.


Jacobson and Glaser have a pilot in the works for Comedy Central that's being produced by Amy Poehler.  #UCB.theatre.connects